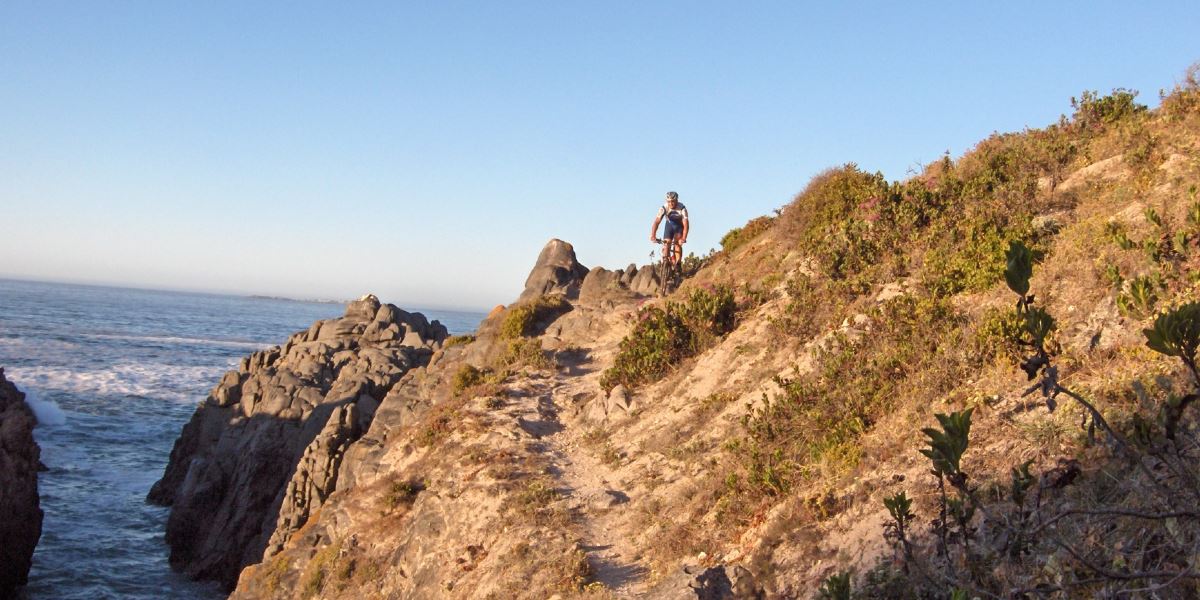 The Saldanha Nature Reserve mountain bike trail is a network of MTB trails also used for hiking trails. Located on the north western end of Saldanha Bay up the Cape West Coast approx 90min from Cape Town. The Nature Reserve in the military grounds offers a display of wildflowers during late winter and spring while Southern Right Whales also visit the waters in and around the reserve. Many of the trails run right next to the sea and offer some bird watching and game viewing opportunities.

The closest town is Saldanha and the trails are rated as easy up to 15km distance. They are 100% dirt on jeep track layed out in a circular route with old markings with rote option between 4-15km. The trail head is at the SAS Nature Reserve gate and entrance is free. Be careful of red flag at gate means shooting practice, so no entrance. Watch out for snakes in summer especially Cape Cobra.

The reserve is on a peninsula at the north western end of Saldanha bay and is a pristine piece of nature. It is located inside the military grounds but is accessible to the general public via the boom gates at the entrance to the military academy. These are hiking trails that had been marked many years ago. The trails follow jeep track and dirt roads around the peninsula.
The riding is easy as it is mostly flat with no real hills. The trails used to be marked with red, green, blue and yellow markings but most of them have been lost or are broken. However it is easy to work out where to go as there are a few rocky outcrops to use as markers and then the sea is right there so you can’t go wrong.

Some of the tracks can be a bit sandy in summer but otherwise it is great for riding all year round. Summer has cool sea breezes and spring has some of the best flowers on the west coast. 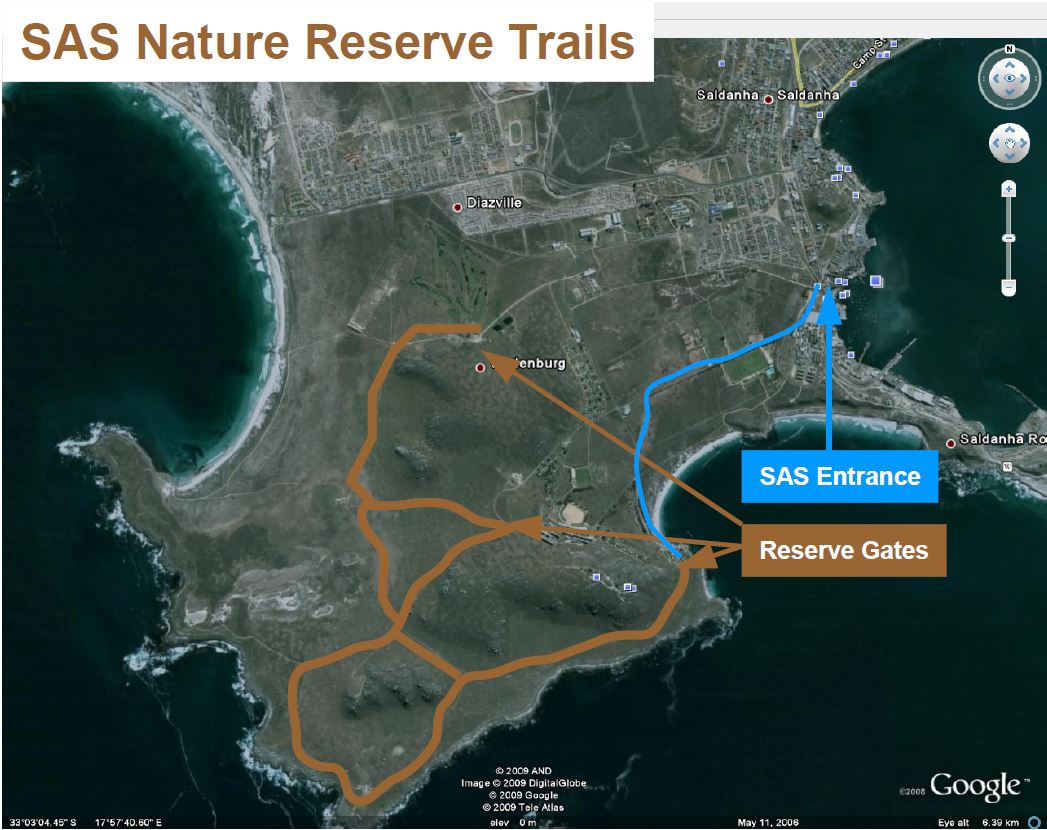 Looking for other trails, check out MTB Trails on the Cape West Coast.

Mountain Bike Lifestyle – How to get into mountain biking